How replicating nature through permaculture design, we can adapt to climate change and help mitigate it.

Permaculture is a design system for sustainable human habitats, taking an ecological perspective and rooted in an explicit ethical framework. It was originally conceived in the 1970s by Australian field ecologists David Holmgren and Bill Mollison as a contraction of the term ‘permanent agriculture’. It later expanded its scope to encompass the full range of factors affecting the ecology of human settlement, economy and culture, and is now more commonly considered shorthand for ‘permanent culture’.

The basic philosophy is one of working with rather than against nature, designing human habitats and organisations in ways that deliberately seek to emulate features that contribute to resilience, sustainability and productivity in natural systems. It thus has much in common with other approaches that take inspiration from nature in the conscious design of human systems, including biomimicry, ecological engineering, and adaptive management (which in turn has many features in common with indigenous and traditional environmental management systems).

Permaculture locates itself at the intersection of three mutually interdependent ethics: Earth Care, People Care and Fair Shares. Its take on climate change is hence both environmentalist and humanist, proposing responses that take into account responsibilities for the planet’s biota as a whole while also paying attention to social justice and equity. This places it in opposition to social, political and economic systems that rely on ongoing ecological degradation, leave basic human rights unfulfilled for large numbers of people, and systematically increase inequalities of wealth and power. It seeks not only to arrest these trends, but to reverse them, actively finding and enacting possibilities for social and ecological restoration.

Permaculture’s ecological orientation, its ethical basis and its transformative implications all anticipate the practical and moral conclusions of recent debates sparked by climate science.
Key among these is the suggestion that climate change marks the onset of the Anthropocene, a new geological epoch in which the impacts of human activities on the biosphere are as significant as those of natural processes. Climate change and other major negative impacts such as loss of biodiversity, soil and fresh water threaten to disrupt global environmental conditions to the extent they are no longer conducive to supporting human civilisation. Earth systems scientists from many different disciplines now argue for a shift in the premise of global governance: from treating the earth’s natural wealth as resources to be exploited, to an attitude of conscious stewardship of planetary systems.

Working precedents for such an ethos of environmental stewardship can be found in the many ways indigenous and traditional societies have ecologically enriched the lands they inhabit. Distributions of cultural and biological diversity are strongly correlated across most of the globe. Many highly ecologically rich areas previously thought of as pure wilderness are now known to be cultural products whose biotic features reflect centuries of previous human management. Permaculture explicitly cites such societies as models for simultaneously enhancing biotic and productive qualities. Some indigenous groups have adopted permaculture as a strategy for safeguarding and advancing traditional knowledge and management systems. Closely associated with movements for bioregionalism and resource localisation, permaculture has become a key tool for efforts to reconnect human activities with their geographical resource base. It does this, in part, by learning from peoples who never lost that connection.

Living in sensitive habitats, directly dependent on the local ecology, and often having historical experience of changes in local and regional weather patterns resulting from land use changes, many indigenous societies have needed to be pioneers in adapting to climate change. In parallel fashion, permaculturists often work in places damaged in ways that prefigure the effects of climate change: where deforestation, land degradation, and socio-economic disruption have already severely undermined local ecologies and livelihoods. While indigenous experiences of climate change may predate global responses by centuries, those of permaculturalists may be decades ahead. Both hold important lessons for wider action.

The purpose of Permaculture and Climate Change Adaptation is to illustrate some of the ways in which permaculture is being used to support adaptation to climate change worldwide. It describes strategies developed over four decades of hands-on experience of conceiving and implementing practical responses to environmental and social change, and some of their current applications relevant to climate change adaptation. These strategies and associated techniques are diverse, and social as well as material in nature. Those described represent only a fraction of those actually employed in permaculture, a movement of thousands of trained practitioners in virtually every country in the world, whose approaches are as varied as their personalities, backgrounds, and the circumstances in which they work.

For information on Permaculture and Climate Change Adaptation visit www.green-shopping.co.uk/permaculture-and-climate-change-adaptation.html

By the same authors: Resilience, Community Action and Societal Transformation

Awakening to the Transformocene Age
Bernie Sheehan and Mick Collins

Developers offer to pay neighbours £20,000 each in exchange for a successful supermarket planning deal
Anna Glanville-Hearson 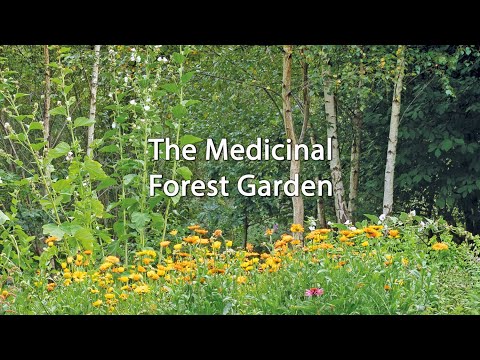 The Minimalist Gardener
"Minimalist gardening acts as a gentle ‘gateway portal’ into the wider realm of regenerative design, one of the most positive and empowering things we can do to help the planet and each other."

Street Food: Urban Foraging & World Food
A great guide to foraging in the urban setting with 60 recipes for world foods.