Growing Buckwheat for Honey and Grain

A guide to buckwheat, from history and economic importance, to planting, cultivating, and harvesting.

Buckwheat is named after the grain's resemblance to the seeds of the beech tree and its uses being similar to those of wheat. Buckwheat is cultivated for its grain-like seeds, which are eaten in many countries and regions. The groats (hulled seeds) are commonly eaten cooked as porridge in western Asia and Eastern Europe. In Japan and Korea buckwheat is traditionally made into soba noodles and has cultural significance.

Buckwheat is native to Manchuria, China, and Siberia. It was first domesticated in southeast Asia, and evidence suggests probably cultivated in China since 5,000 BC. The cultivation of buckwheat spread to Europe in the 14th and 15th centuries mostly from Russia and the Middle East. It became very popular in Europe due to its pest and disease resilience and ability to thrive in low-fertility soils. Brought to the new world by European colonists in the 17th century, buckwheat was one of the first crops introduced to North America. Now buckwheat is mostly cultivated in the former Soviet Union countries and Asia. In the United States it is grown for grain in New York, Pennsylvania, Michigan, Wisconsin and North Dakota.

For buckwheat, the soil should be prepared by plowing several weeks before sowing seeds. Buckwheat thrives in a soil that is easily penetrated and is well-draining. Buckwheat grows better in low-fertility soils than other grains, and too much fertilizer can reduce yield. Generally, a buckwheat crop of 20 bu/ac will remove about 25 pounds of nitrogen, 15 pounds of phosporous and 20 pounds of potash from the soil. The recommended nitrogen fertilizer rates are 1-58kg/ha (1-52/ac) when organic matter is less than 2 percent. 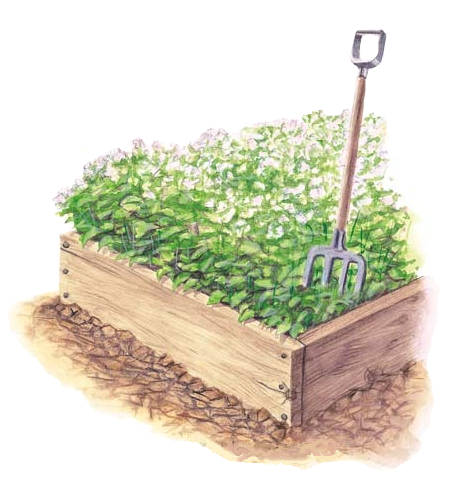 Buckwheat is very easy and economical to grow organically because of the low fertilizer and no pesticide requirements.

Buckwheat is sown 1/2 to 1 inch deep at a rate of 40-55 pounds per acre depending on land cultivated. This sowing rate is based on an 85 percent germination rate. A good test to determine the germination rate of seeds is to sow (or sprout in a jar) 100 seeds and count the germinated ones. In order for the plants to set seed and have time to mature, sowing should be timed by region as not to exceed 90oF/32oC after flowering period starts (after approximately four weeks), and have a minimum 12 weeks mature time before frost. Check local weather predictions to determine ideal sowing date, the ideal temperature for growing buckwheat is' 70oF/21oC, with cooler nights at the end of the growing period to synchronize seed ripening.

Buckwheat is harvested at 10-12 weeks. Unlike wheat or soy, buckwheat cultivars are not bred to dry out completely so plants may be ready to harvest while still green or blooming. The grain does not ripen synchronously so harvest when maximum number of seeds are ripe — three-quarters of the seeds are brown and firm (be sure to inspect closely as some of the hulls may be empty). The process by which buckwheat is harvested differs by region.

The traditional method is windrowing or swathing, done by cutting the plants and drying them several weeks before combining. Windrowing allows the slightly unripe seeds to mature, increasing yield. It is suitable for warmer regions where the plants may have ripe seeds but have not lost most of their leaves. When windrowing buckwheat, cut as high as possible for better air circulation when drying. Another method that could be used is direct combining. This process is faster and allows the plants to be cut and combined in one operation. It is best done after a killing frost when most of the leaves have fallen and the grain is ripe.

Buckwheat is commonly grown as a nectar source for honeybees. The dark molasses-like honey has a distinctive flavor and is commonly eaten with pancakes or porridge. The use of buckwheat honey has had a resurgence in popularity in recent years, and it is valued for its health benefits and ease to produce at home. 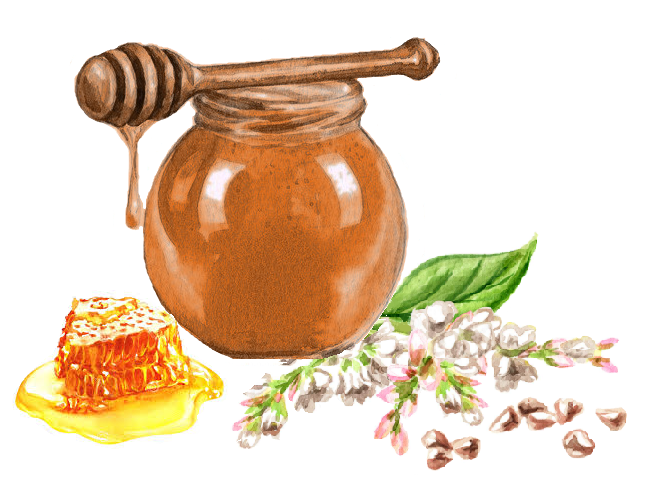 Common buckwheat is a smaller seeded variety and is commonly used by mills to make flour. Buckwheat grown as a cover crop is typically common buckwheat.

Manor: was a dominant variety through the 1990s. It has large seeds that are needed by processors making whole grouts or soba noodles.

Mancan: is the oldest large-seeded variety that is still commonly grown throughout the United States.

Manisoba: is one of the most common varieties grown in the north-east. It out yielded 'Manor' by 10 percent in New York trials.

Koma: is a large-seeded variety that is higher yielding then 'Mancan'.

Koto: became available to growers in 2002 when it it was developed by Cornell University and Kade research, in a project funded by Birket Mills. It typically out yielded 'Manisoba' by 13 percent in New York trials and is more stress-tolerant.

Horizon: is a large-seeded variety that had big yields in North Dakota and Canada trials. It has a good test weight compared to other varieties.

Springfield: is a large-seeded variety that has yielded high in North Dakota trials. It has a yield similar to 'Mancan' and 'Manor'.

Keukett: is a new variety Licensed to Birket Mills. Its seed is being bulked up for commercial trials in the northeast.

From Homeless to Happiness
Susan Whiteway

What is stopping us building more eco-houses?
Dr Jenny Pickerill

Compost Teas for the Organic Grower
There are a lot of books exploring worm-farming, brief chapters in gardening manuals on garden teas, specifics on one single aspect of building soil fertility or information that is too general and diluted. It is clear that we have to stop using chemical herbicides and pesticides. This book fills the gap on a very important subject that will show you in detail how to remediate soil naturally.

Grass, Soil, Hope: A Journey Through Carbon Country
An exploration of carbon sequestering through the author's visits to various projects all with different solutions to improving soil and ecosystems.