Permaculture Magazine presents our Top 5 favourite songs and music videos that are helping to inspire and promote environmental awareness and change. We want to hear from you with your choices, from all over the world.

Mitchell wrote this during a visit to Hawaii. She was blown away by nature and the natural beauty of the island, but her heart was quickly broken when the utopia was shattered by an unsightly concrete parking lot.

Channeling society's need to have it all to be happy, Pearl Jam frontman Vedder sings about how we have created a world where we are driven to want more and to not realise the good that we already have.

Sieze the Day write songs to celebrate, inspire and support the liberation of life. 'Flying' is just one of their songs that is helping to spark a shift in perspective.

'The Wolves' was recently used in an SAS (Surfers Against Sewage) documentary campaign to keep the UK coastline free of sewage. A short exert of the film can be seen here with a live version of 'The Wolves' by Ben Howard

We may have all heard of the big names such as Joni Mitchell and Jack Johnson who have all played a big part in environmental music history, but we recently found out that Tony from the Permaculture office used to play in a band named Autons. This empowering and provocative song from 2007 is full of inspiring lyrics and images, bringing together positive images of what we can each do to make a difference and placing them alongside what is increasingly happening if we don't (climate change and over consumerism for example).

We could go on forever here!

But, we know that there are hundereds of artist out there writting music to help change the world, and theses are just a few of the songs we could think of that inspire us to make a difference. We would love to hear what songs  inspire you so please feel free to share clips in the 'Comments' space below  or send suggestions via email to us at: [email protected]

Other songs that some of us in the Permaculture office love include:

There are lots of songs out there! Some with just snippets of lyrics that make your stop and think -such as The Doors 'When The Music's Over',  "What have they done to the earth? What have they done to our fair sister? Ravaged and plundered and ripped her and bit her. Stuck her with knives in the side of the dawn and tied her with fences and dragged her down".

'Earth Song' by Michael Jackson was one of the first songs to cover environmental and animal welfare and spark the start of empowereing social and economic change through music! And its a pretty epic one too..http://www.youtube.com/watch?v=XAi3VTSdTxU

'Gone Going' - Jack Johnson. Jack Johnson is a constant promoter of all things Green and has written an array of environmental songs that encourage people to make the small differences in their everyday lives - Check out his song 'Reduce, Reuse, Recycle' - it's a great one for kids!

Some other great suggestions can be found on various sites. Check out these to see what other people chose:

We would love to hear from people on all continents about the music they are making ... lets help it be heard.

Tower of Power's Only So Much Oil

Martin |
Wed, 14/08/2013 - 12:54
Wow these environmental songs really gives a heavenly feel to you if you listen to them in a peace environment. http://www.grabfans.com/buy-youtube-views/

Thanks for accommodating my

cherry5 |
Wed, 13/08/2014 - 14:57
Thanks for accommodating my comments its been a pleasure to visit your place, looking for great news to read from your wonderful source of good information. Thanks for sharing your remarkable blogs. Best wishes and god bless. <a href="http://tjmedia.org/buy-youtube-likes/">buy youtube likes</a>

All the contents you

nicetw0 |
Tue, 18/11/2014 - 11:19
All the contents you mentioned in post are too good and can be very useful. I will keep it in mind, thanks for sharing the information, keep updating, looking forward for more posts. <a href="http://social-performance.org/buy-twitter-followers/">purchase Twitter followers</a>

Nice choice of songs. Thanks

I expect to have a dedicated

afterall |
Tue, 06/01/2015 - 01:54
I expect to have a dedicated worker who is always will to go an extra mile and put in more efford, but as a business owner I should be the one who sets an example by working hard. In that way if I set a good example as a leader then the employees will also be dedicated and put in more hour. <a href="http://www.increasemysocial.org/buy-youtube-comments/">Purchase Youtube Comments</a>

For all the top 5

bluestacks596 |
Tue, 06/01/2015 - 03:01
For all the top 5 environmental videos that I love, Sieze the Day is the best because the song implies to celebrate, inspire and support the liberation of life. More than that if you want to gain <a href="http://getmyfollowers.org/buy-twitter-retweets/">low cost twitter re tweets</a> then visit our site. We are legit and real guys.

Hey there thanks for that

Sheila Mae Ycong |
Fri, 16/01/2015 - 01:51
Hey there thanks for that wonderful information. it really help me a lot. check this out---> <a href="http://www.increasemysocial.org/buy-high-retention-youtube-views/">Purchase High Retention Youtube Views</a>
Advertisement

How to make a DIY log lounger
Sebastian von Holstein 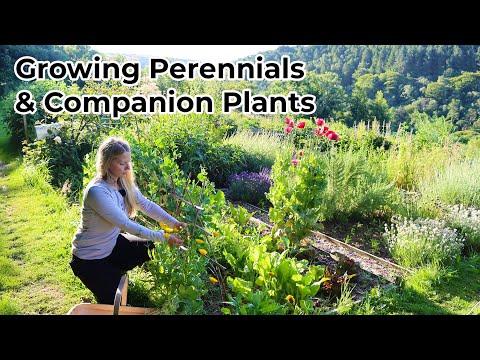 The Illegal Gardener
Set in Greece, a beautiful friendship is born from a love of gardening. For lovers of fiction and gardening.

Earth User's Guide to Permaculture
Graham Burnett reviews Rosemary Morrow's classic introduction to permaculture, a very popular title, especially in the USA and warm temperate Europe as well as Asia. Check out our special offer of 25% off the cover price!

How to Read the Landscape
The late Patrick Whitefield's exploration of our surrounding landscape. Learn how to read hedges, woodland, fields, animal tracks and more as your eyes really open to your environment.
Advertisement
Advertisement