Glyphosate License - Sneaked past by EU during the UK Brexit week

This is what was sneaked past us during the Brexit week... EU extended the license by 18-months pending further scientific study in spite of failing to obtain a qualified majority when Member States voted on the decision the previous week.

Glyphosate is the world’s most ubiquitous herbicide and the active ingredient in Monsanto’s RoundUp.

Its license for application within the EU expired at the end of June.

Last Tuesday, the EU extended the license by 18-months pending further scientific study in spite of failing to obtain a qualified majority when Member States voted on the decision the previous week.

When glyphosate was first authorised in the EU in 2002, the evidence used in the approval process relied entirely on studies funded by the pesticides industry, many which were unpublished.

The 2002 EU approval process also only considered studies on glyphosate alone without the full spectrum of chemicals in RoundUp, which some studies indicate may increase the toxicity of glyphosate.

Plus, the 2002 approval process for glyphosate failed to consider whether the herbicide could disrupt human hormone and reproductive systems.

In parts of South America, rates of birth defect and miscarriage have increased in areas where pregnant women live close to fields sprayed with glyphosate.

Non-governmental organisations have fought hard to prevent further application of glyphosate, arguing the EU should uphold the precautionary principle to avoid further public risk until scientific evidence is evaluated.

In contrast, the agricultural lobby sees glyphosate as “vital” for crop protection and argues banning glyphosate will catalyse outlawing hundreds of other “vital” agricultural chemicals.

Do we really need glyphosate for “safe, secure and affordable” food?

One could argue in the short term glyphosate could make our food supply more available by making farmers’ work easier and possibly increasing crop yields.

However, in the long term, continued use of such chemicals is far more likely to decrease our food safety and our security rather than improve it.

Ultimately, food security is dependent on nature. When chemicals like glyphosate kill the food supply of birds and insects, they contribute to the death of wildlife we need to pollinate our crops, fertilise our soils or control pests naturally.

We’ve already seen how agricultural chemicals can damage nature with the collapse of honeybee populations as a result of neonicotinoid pesticides in the EU or with the historic ‘Silent Spring’ detailed by Rachel Carson in the 1970s after DDT was implicated in thinning eggshells in bird populations across the USA.

Both neonicotinoids and DDT are banned as a result of their devastating impacts on nature, but these chemicals persist and accumulate in flora and fauna and even in our bodies.

Despite a US ban 40 years ago, DDT continues to be found in American produce and has been measured in the blood of 99% of Americans tested.

DDT is still implicated as a cause of cancer, infertility, and other health effects among the US population.

The more glyphosate is applied, the more weeds become resistant and the more application is required to achieve the same effect. In an effort to combat these “super weeds”, we expose our environment and our bodies to more of this chemical.

The farming lobby argues glyphosate improves soil structure — but it also damages soil chemistry by affecting the biological and chemical processes around plant roots, including the ability to fix nitrogen, resulting in the need for increased fertilisers at additional environmental and economic cost.

In this battle between the agricultural industry and environmentalists, the argument has been falsely framed as a choice between “safe, secure and affordable food” versus protection of nature and environment.

In reality, what environmentalists are fighting for is not nature at the expense of people’s food but “nature for people’s food”.

In the long term, what may make farmers’ jobs a little easier today will take such a toll on nature that their livelihoods, and our food security, will become more challenging in the decades to come.

It is nature that creates the optimal conditions to grow food, not Monsanto.

Dr Cara Augustenborg is an environmental scientist, chair of Friends of the Earth Ireland. Blog: ‘The Verdant Yank’ on www.CaraAugustenborg.com Twiter: @CAugustenborg. For further infomation on glyphosate visithttps://www.foeeurope.org/glyphosate.

Cross posted from the Irish Examiner. 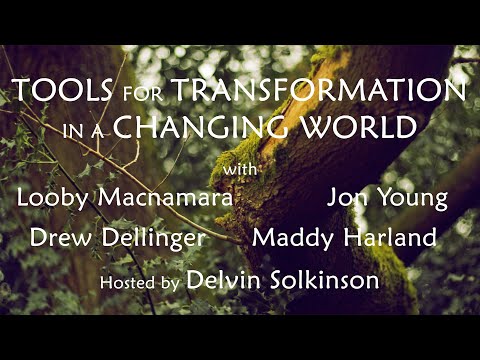 Weeds: How Vagabond Plants Gatecrashed Civilisation & Changed The Way We Think About Nature
Fiona Sanderson finds Richard Mabey's take on the relationship between humans and plants a refreshing reminder of our dependence on ecological systems

Eco Zoom Rocket Stove
A popular and highly-recommended stove that uses little fuel and has no visible smoke. Great for emergency use but 'really is far too useful to label it as just a standby item'.

Growing Food in a Hotter, Drier Land
A practical book providing an array of information on how to implement desert-adapted practices to your orchard, garden or farm to alleviate the effects of the ever changing climate.
Advertisement
Advertisement